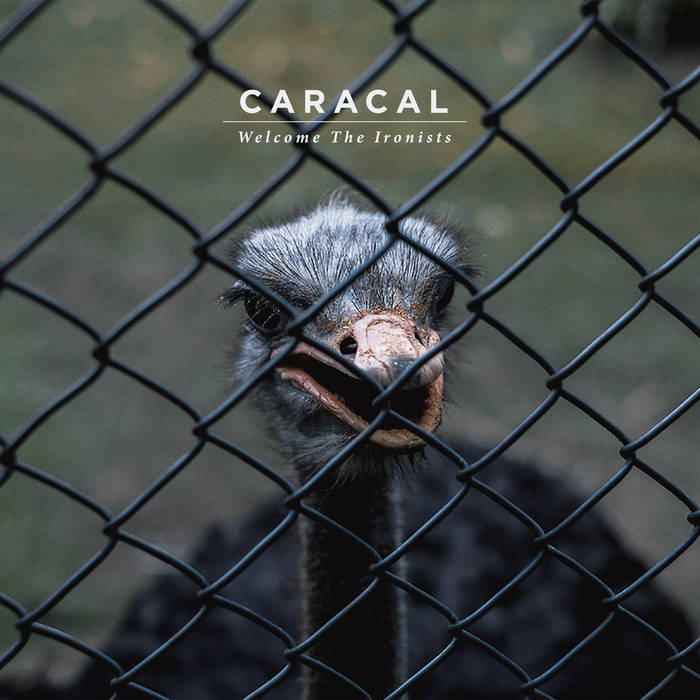 Mikely What a surprise! Just when I thought rock albums were dead. Can't pick a favourite, the album is so good when enjoyed from start to finish.

Welcome The Ironists – the title single is a blistering opener that showcases the band’s trademark riotous guitars and powerful vocals over hard-hitting drums.

The title track is also the first of 10 songs that unfold over a well-paced mix of fast, aggressive numbers and stomping slow-burners, telling a gritty story of hard lessons and tempered hope.

With this second full-length effort, the band has managed to capture on record the essence of its live displays – sweat-drenched, ferocious and emotionally-draining – a trademark that has won them a deeply loyal fanbase across Asia and beyond. Packed with colossal riffs, catchy melodies and epic choruses, ‘Welcome The Ironists’ aims to reach out to listeners of Thrice, Norma Jean, Brand New, Envy On The Coast and Foo Fighters.

God Damn Tree is a dirty number with an expertly conducted loud-soft dynamic, that prods menacingly along in the vein of Brand New, while shreds of Refused can be heard in the riotous call-to-arms anthem Entrepreneur. Naga is a slow-burning monster of a track, laid in A# tuning with a host of memorable guitar lines and riffs, before a group chorus erupts into an instrumental catharsis. Fuelled with hard-hitting honesty and intensely personal lyrics, ‘Welcome The Ironists’ is the 5-piece band’s most cohesive and affecting album to date.

‘Welcome The Ironists’ was recorded and produced together with the band’s longstanding collaborator – Singapore’s leading music producer and sound engineer, Leonard Soosay of Snakeweed Studios (The Great Spy Experiment, Inch Chua, Pleasantry ). The album was mastered in Canada with João Carvalho of João Carvalho Mastering (Sloan, Buck 65, The Weakerthans, Death From Above 1979).

One of Singapore’s foremost post-hardcore bands, Caracal plays a visceral brand of rock that alternates between crushing riffs and gorgeous harmonic melodies.

Bandcamp Daily  your guide to the world of Bandcamp

Featured sounds by K.Spark and WIZDUMB, plus Basi joins the show to discuss his latest release.